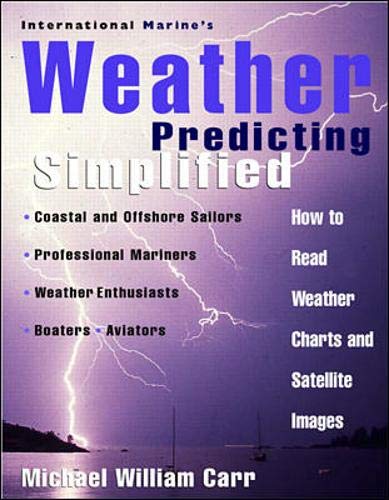 Weather Predicting Simplified is the first book that shows the reader, with many sample satellite photos and weather maps, how to predict the weather easily and accurately – without having to wait for hours for NOAA updates.

The DFR3 detects emissions from Radar Guns and sounds an audio alert for the driver. The detector determines which band range the signal is from and displays that Frequency type on the display (x, K, KA, or L). the Frequency strength (1 through 5) also displays as applicable. If there is a specific alert code, that is also displayed. The DFR3 utilizes two different modes for highway or City use.

360 Degree Protection
Units with 360 protection detect signals from all radar, laser, VG-2 and safety radar systems wherever they come from; front, rear or from the side.

VG-2 Cloaking
The VG-2, also known as a “radar detector detector,” is a special receiver used by police to detect signals radiated by a radar detector. Thanks to Whistler’s patented VG-2 cloaking technology, your detector will remain invisible to VG-2 detection.

3 City Modes/Highway Mode
Highway mode provides full audio and visual warning of laser/radar systems while maintaining full sensitivity, and is the default setting of Whistler laser/radar detectors. City mode helps reduce the annoyance of automatic door openers and burglar alarm alerts by providing an initial alert (same distance as Highway Mode) then remaining quiet unless the signal strength becomes very strong. When the signal increases the unit will alert briefly to notify you of the change in signal strength.

Alert Priority
When two or more signals are received at the same time, the alert priority is: Laser, VG-2, Speed Radar, Safety Radar.

Example: If X band is alerting, then suddenly a VG-2 signal is detected, the VG-2 warning will override the X band alert.